Barnes: Konate is a very positive signing for Liverpool

John Barnes has given a big tick of approval to the pending transfer of Ibrahima Konate from RB Leipzig.

Jurgen Klopp is determined to add more options to the central defence after the trials and tribulations of the recently concluded season where the likes of Jordan Henderson and Fabinho were deployed as emergency cover, while inexperienced pair Nat Phillips and Rhys Williams learnt plenty about senior football and performed admirably.

For a period of time it appeared like on-loan defender Ozan Kabak was in the box seat to become a permanent Liverpool signing, but a muscular injury late in the season halted any momentum he was building and it seems certain that the 21 year-old will return to parent club Schalke.

Virgil Van Dijk and Joe Gomez are making good progress from their knee injuries but it seems highly likely that they will be eased into first team action after a long lay-off.

It is for that reason that Barnes believes that Konate who has spent the last four seasons at Leipzig will be an all-important addition to the squad. 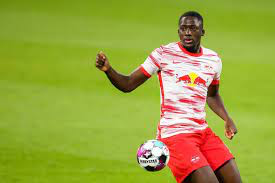 The Daily Star via BonusCodesBet reported The Reds Legend as saying:

"Obviously, a centre back coming in would be great for Liverpool, but with Joe Gomez, Virgil Van Dijk and Joël Matip coming back, they were right to sign Ibrahima Konate as a defensive choice.

“From what I’ve seen of him, he’s an incredibly talented player with all the right attributes to have a very good career at Liverpool. It’s a positive signing for the club.”

Barnes is fully behind the idea of purchasing the French U/21 international instead of signing Kabak on a permanent deal.

“If you look at what Liverpool needed in January, it is not surprising to see that we have signed Ibrahima Konate, but not Ozan Kabak.

“Ozan Kabak is someone the club brought in short-term, but Ibrahima Konate is a player who would be in front of Kabak in the pecking order in terms of buying on a long-term deal and playing in the first team.”