Alexander-Arnold: We will have a big target on our back this season - Latest News - The Liverpool Way Jump to content

Alexander-Arnold: We will have a big target on our back this season

Trent Alexander-Arnold says that Liverpool will have to adapt to a new challenge as they prepare to defend their league title.Over the last few seasons, the Reds have been fearless in their desire to take their game to the next level with the list of trophies to their name clear proof of their success.Jurgen Klopp famously coined the phrase ‘mentality monsters’ as a tribute to his squad, and at times seemed almost in awe in their ability to produce elite performances on a consistent basis.Now, having the conquered the Premier League mountain, the inevitable question is whether this squad still has the hunger to ‘go again.’Alexander-Arnold told Sky Sports that that the team has to be ready for the challenges that lay ahead."We know that there's now a big target on our backs being the champions and teams are going to be extra motivated when they play us, so we need to match that mentality and take it to the next step."Winning it back-to-back is harder than winning it once.“We need to keep that mentality, that is the main thing that helped us get this far. 'While Liverpool virtually swept all before them during the last campaign, the right back says topping their outstanding 99 point total isn’t their overall goal.“For us it's not about topping the points that we got or scoring more goals, it's about if we can all develop as a team and keep winning." 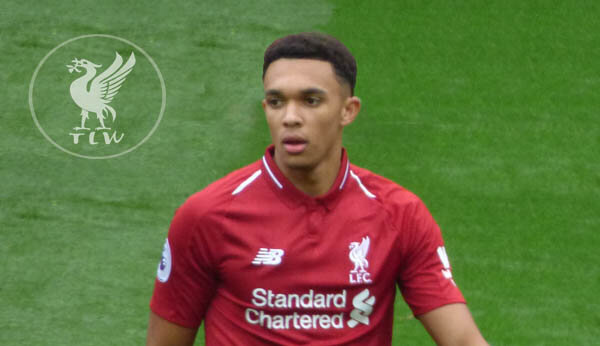 Naturally as Alexander-Arnold has evolved his game and become one of the best attacking right-backs in Europe, so too have opposition tactics in looking to counter his strengths.“Towards the second half of last season, or even the final quarter after everything that happened, I found it a little bit tougher to find the space and have that freedom.“I found myself getting man-marked a few more times in games, which I wasn't used to.“When you pose a threat to the opposition, they look at it and try and stop it from happening In my mind, if that's happened to me it means that I'm doing something right."I can only try and keep doing that. Every season you've got to adapt and change your ways because everyone is improving. You can't stay the same, you've got to keep improving."Alexander-Arnold added to his growing list of personal accolades this week when he deservedly picked up the Premier League Young Player of the season.He had some sage advice for the next generation of Footballers looking to emulate himself.“I'd say don't get fixated on other players."At that age it's all about development - you can't get attached on other players and what they're doing and what they're achieving at a different age."