Who is the right man for the left back role? - by Jason Harris

Ask any Reds fan who they thought would be one of the first out of the exit door come the end of the 2016/7 season and Alberto Moreno would have ranked very high on the list. There was a good reason for that line of thinking.

After a shaky start to last season, Jurgen Klopp made the big call to play James Milner in the unfamiliar left-back role. It would have been a bitter pill to swallow for the Spaniard, who had been the incumbent in the role since arriving at the club from Sevilla in the summer of 2014.

However it was not a surprise that he was on the outer. To put it kindly, the 25 year-old was consistently the weakest link in an already vulnerable back four. Due to his defensive naivety, he was regularly targeted by the opposition. Basically it was up to him to either 'shape up or ship out' after a season spent on the periphery of the squad.

In Football just like in everyday life, you are bound to get your ups and downs. It is when you hit a low point in you career where you get a opportunity to show the character that you possess. To his full credit, the Spaniard raised his game accordingly.

Moreno's confidence was evident from the pre-season friendlies where he made his move to claim to his starting spot again. It was enough to win back the support of Jurgen Klopp who obviously still saw something he liked by not selling him in the summer.

His encouraging league form won a fair share of plaudits including a re-call to the Spanish squad for the first time in three years. 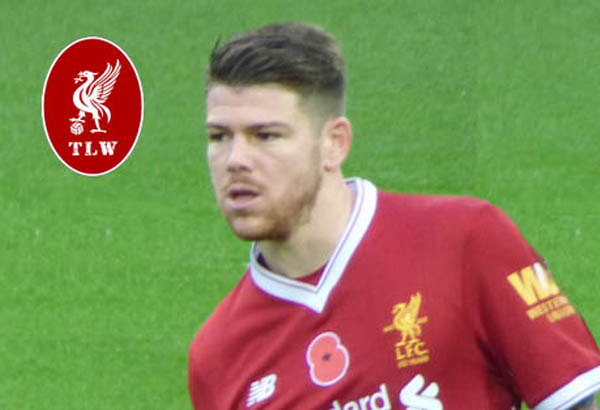 While the mistakes which had plagued his Reds career to date were not completely eradicated (most notably against former club Sevilla), it became clear that the Spaniard had matured and had a better balance about his game. It had all the hallmarks of a feel-good story, the vast improvement of a long time maligned figure.

However the bump in the road came against Spartak Moscow in the Champions League when he suffered a serious ankle injury and the tears of Moreno in the aftermath of the incident spoke volumes.

While undoubtedly the frustration came from the fact that he was going to miss games, he also knew he was giving a golden opportunity to his main rival for the left back position.

The man waiting in the wings was Andrew Robertson.

Robertson was a £8 million signing from the relegated Hull side from last season. Fans could be excused for not tuning into the highlights of the Tigers games in their spare time to know the strengths and the weaknesses of the left-back, but if the signing meant releasing Milner back into the midfield then it was a positive step.

While Robertson came to the Reds with little fanfare, what became evident was that he was a diligent worker in an attacking and defensive sense as well as a quick learner.

The Celtic junior made the rapid progression from Scottish third division football with Queens Park to Premier League with Hull in just two seasons. There he learnt what it was like to be part of a defence under a fair degree of pressure and was part of a side who was relegated twice in three years. 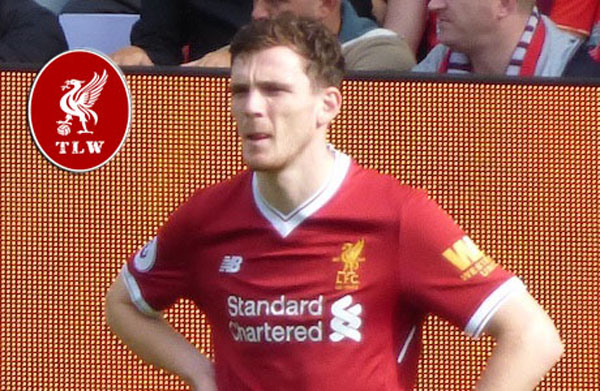 Robertson made a very promising league debut for the club against Crystal Palace in August and followed it up a few weeks later against Burnley. However Moreno's form and his ability to be physically ready for the next fixture, meant that Robertson had to wait patiently for his chance.

The competitive 23 year-old openly admitted it was not in his makeup just to be happy to be sitting on the subs bench, but he knew not a lot could be done due to the form of the Spaniard.

Naturally you never want to see your teammate suffer an injury, but it provided an ideal opportunity for Robertson to show what he can do.

The crowded fixture list at the end of 2017 has seen Robertson make a strong case for the starting left back role even after the return to fitness of Moreno in the next few weeks.

Robertson has faced stern tests since his inclusion in starting XI, most recently coming up against Everton's Yannick Bolasie, a player who was a menace to the Reds defence many times in his Palace days.

However from the opening stages, you could see he wasn't going to get much joy out of the tenacious Scot who had his measure throughout the 90 minutes. That level of performance gives Klopp a selection headache of the pleasant variety.

Personally speaking while the team and individual are playing well, then I am more than happy to keep things as they are.

Not a lot separates the two players, and despite his improvement at this point of time I don't believe Moreno is one of those players who can expect to just walk back into the side. It means that the Spaniard will have bide his time in a reversal of what occurred in the first half of the season.

Whether Klopp decides to go in that direction or maintains a rotation policy between the two players remains to be seen. However, having two specialised left-backs battling it out for the one position is a sign of strong depth in the ranks, and a major improvement of what we had in place 12 months ago.