The two best teams in England meet on Sunday in what has quickly become one the most compelling rivalries in Football. After last season’s title heartbreak, many observers were wondering how Liverpool would respond.

The answer has been unequivocal as they have looked men on a mission. Man City naturally were the favourites coming into this new campaign having won the last two titles, but head into this showdown six points behind the Reds. However, you certainly underestimate the team from the Blue half of Manchester at your peril.

It has all the makings of being a classic and TLW asked @tom_brunt from @manchesterisB for his thoughts.

How do you view Man City's start to the new season?

Two defeats to teams that we wouldn’t expect to lose against is always a hammer blow but we have faith in the team and management that we can have a better middle to end of the season, though clearly it would have been preferable to be on maximum points at this stage

Which player has excelled for City in the new campaign and conversely, is there an individual who you think needs to raise their performance?

Fernandinho stepping into a CB role has looked good although he has made a few mistakes of late. (Phil) Foden, (Tommy) Doyle and Angelino have impressed and I would like to see more of them.

Bernardo needs to improve; I feel the ongoing allegations about racist behaviour on twitter have not helped his cause. BUT he is a quality player and will come good... maybe on Sunday?

It has been a remarkable decade in Man City's history. Who do you believe has been the pre-eminent player in this period: Vincent Kompany, Sergio Aguero or David Silva and what makes you come to that conclusion?

For me I find it really hard to differentiate the three, I have pictures of all of them on my wall. The player I will miss the most is David Silva, he is easily the most talented footballer I have watched.

There is unlikely to be a dry eye in the house when David Silva plays his final game for the club at the end of the season. Do you believe Pep Guardiola has the faith in someone like Phil Foden to fill his position for the long term?

Foden is Silva’s natural replacement; this is obvious to any blue. I have full faith that we will see Foden more this season with a view to him being a first team regular next season. 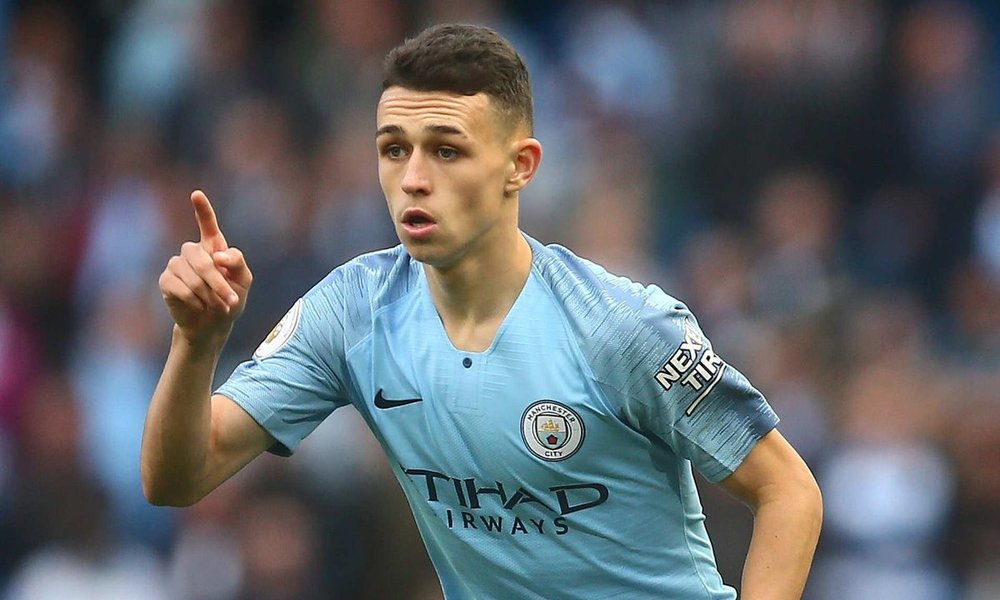 There is a real lack of competition at the top end of the Premier League in the present moment with the usual suspects falling by the wayside for one reason or another. However, there is one team in Liverpool who have matched you stride for stride over the last season and a bit. How do you currently view the competition/rivalry with Liverpool - with frustration because you haven't been able to run away with the league title, or with some grudging respect as it brings out the very best in you?

I think Liverpool play a really exciting and positive brand of Football and its great to have a rivalry of course as the league will be boring without it and I’m just glad its not United. The media has and will continue to hype up the rivalry for obvious financial reasons but I think there is a lot of mutual respect between the two sets of fans.

While the managerial record of Guardiola speaks for itself over a long period of time, as a observer of the game, what has impressed you most about the work of Jurgen Klopp in his time at the Reds?

If Pep were to leave, Klopp (or similar) would be someone I would want as manager. Obviously this isn't going to happen however, I like his personality. His positivity shines through.

A victory at Anfield is something that has alluded many City managers over the years. So with that said, do you think that Guardiola will go all-out looking for the three points, or will he look to play it safe and take a point with plenty of water to still go under the bridge this season?

If it wasn't for Mahrez spooning  the penalty over the bar last season this  discussion would be different. I think the teams have a huge respect for each other and will set up that way. It will not be gung-ho but I believe that Liverpool's defence will be stronger than ours.

Who are the key Liverpool players that you feel pose the most threat to City claiming a satisfactory result on Sunday?

VVD at set pieces and of course your front three

Have you got a score prediction for this important clash?

I am usually not one for predicting scores but I think a score draw.