Liverpool will look to put the disappointment of their Champions League elimination behind them when they head to Elland Road to play Leeds United on Monday night.

The Reds may not claim any silverware this season, but clinching a top four berth will be a significant boost to the confidence of the squad after a difficult season.

Leeds have enjoyed a very solid campaign in their return to the Premier League after over 15 years. They pushed Liverpool all the way at Anfield in the first game of the season and have shown that they have no fear when coming up the teams in the upper echelon of the division.

@arronsmarshall from @LS11LUFC described their progress so far and what areas they need to look at in their quest to climb the table in the seasons ahead.

It was clear from our meeting to start the season that you were not going to be overawed in your return to the Premier League. How have you viewed your season to this point?

This season has been fantastic. We have achieved the goal that any promoted club sets by hitting that magic 40 points mark. For us to do it with still games to play is even more remarkable. Full credit must go to Marcelo, the back room staff and the players. Leeds are truly back where we belong and I think, universally, we have been entertaining additions to the Premier League.

What do you view as your standout team performance and in turn what was your low point of the season?

The stand out performance has to go to City away last week. Defended, well drilled and tactically on point. To go to the champions elect and take 4 points from a possible 6 against a top class opponent is remarkable. It also showed a different side to us.

We can defend and win horribly if needed. Leeds fans are not used to that style under Bielsa but that is in the arsenal moving forwards into the next season. I think the low point of the season has been VAR. It needs looking at. From goals not allowed, silly offside decisions and yellow – red cards. It needs addressing.

From an outsider’s point of view, one of the biggest improvements in a player during the Marcelo Bielsa era has been Patrick Bamford. He always seemed to be someone who could never replicate his goal scoring exploits from the Championship to the Premier League. What changes have you seen in Bamford’s play in the last 12 months?

Bamford was never really given a chance in the Premier League. However, his work off the hall is simply brilliant. He never stops running and can be up front one minute and defending the next. His finishing has improved this season and I am sure he will keep developing under Bielsa. He surely will be in the Euro squad for England as he does deserve it!

Who has been your most consistent player throughout this campaign and what made you come to this conclusion?

Stuart Dallas. He can play in any position and is extremely versatile. He could even probably play in net if needed! 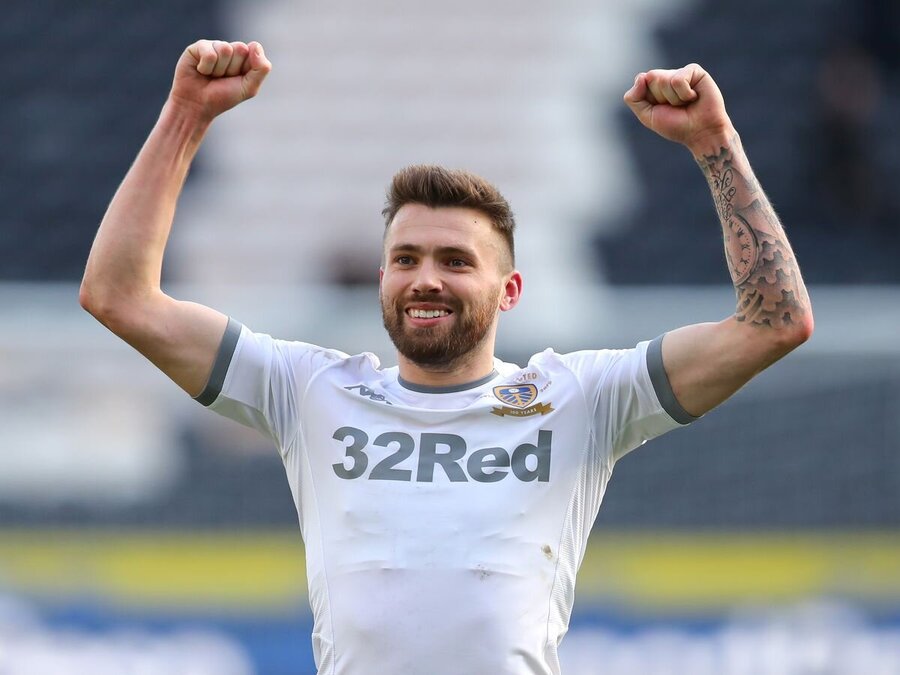 There is often a debate about eras in Football and how the game has progressed over time. With Leeds having returned to the top flight after 15 years, you are perfectly placed to say whether you feel the league has evolved in a technical sense and overall standard?

The league has evolved. I agree. The Premier league is the top league in the world for a reason. Quality players play for each of the 20 teams.

What lessons can you take from the downfall of your Yorkshire rivals Sheffield United who like yourself looked very accomplished in their first season but who have fallen by the wayside during this campaign?

Firstly, I wouldn’t class Sheffield United as a ‘rival’! Recruitment has been a huge downfall for them. There are also boardroom issues that need to be addressed. They need to sort things off the pitch and the next managerial appointment is key. They could, if they don’t get it right, do another ‘Sunderland’.

Which areas would you like to see addressed in the transfer window to help push Leeds to the next level?

The next level for Leeds is to maintain premier league survival for the next couple of seasons. Top 8, then top 6 - then the top 4. The squad is not ready for a European campaign just yet. If you look at both Manchester clubs they are effectively running an A and B team between Europe and the League.

The depth of our squad isn’t big enough, especially if key players such as Phillips, Raphinha, Bamford etc get injured. For us to break into the top 8, a left back central midfielder and another striker I feel is needed also another back up keeper. Four more recruits needed.

A lot of change has occurred for Liverpool since the first game of the season. What have you made of the Reds performances this season and in what areas do you think Bielsa will look to target in his usual studious fashion?

Firstly, I think Liverpool have been unlucky with injuries. That has clearly effected the type of play Klopp demands. The form hasn’t helped and neither has the Covid-19 pandemic. Home form has been poor lately and I don’t think the Anfield crowd would have put up with performances seen recently. With that said, the pandemic has thrown form and home advantage out of the window!

Bielsa will go out to win the match and it will probably be similar to the first game of the season. High press, high tempo and lots of goals. Set pieces will also be an area for Leeds to exploit. Would also like to see Kalvin Phillips grab his first goal of the PL season.

Have you got a score prediction?

End to end, classic one this I feel. However, I think there will be goals.