The latest in TLW’s Opposition View series takes us to West London to speak to Karan Dubey from @ChelseaSeason. Karan talks about the early days of the Frank Lampard managerial reign, the expectation levels of the fanbase in a transitional period for the club along with the youth movement at Stanford Bridge.

From an outsider’s point of view, it seems like Chelsea are going through an evolution of sorts with a young manager and plenty of young players getting an opportunity to thrive on the big stage. While the club are used to success, do you believe that this culture shift was required?

While Chelsea have been the most successful Premier League Club in the last 15 years or so, it’s no secret that there have been some glaring issues at the club that needed to be addressed.

One of the biggest issues was obviously the absence of academy players in the first team. For a club that boasts the best academy in the country, there is no one who has broken into the first team as a regular member of the starting eleven after John Terry and that was one of the things that fans and the owner desperately wanted to change.

But, as you already know, Roman is an impatient man when it comes to managers. The owner demands beautiful and attacking football, trophies and the inclusion of youth and it’s impossible for a new manager to fulfil all those requirements, especially when there’s always a sword hanging on their necks.

That said, maybe the transfer ban was exactly what this club needed at this stage to take that next step towards evolution. And it seems like the club recognises that too.

The arrival of Frank Lampard, Petr Cech, Ashley Cole, Joe Cole and a few other older guards in different positions will only help this club enter that culture shift that it desperately craved for. Even though the results won’t be as positive in the first few months, Chelsea FC will definitely reap the rewards in the longer run. 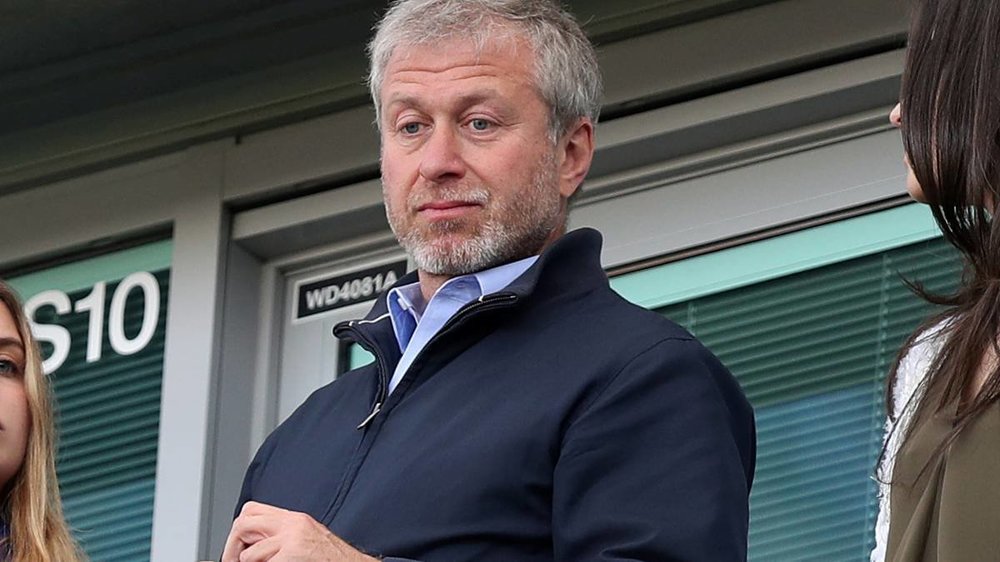 When a club legend such as Frank Lampard makes the transition from a player to manager, it can be understandably difficult for them to adjust. But it can be just as tough for the fans to cast an analytical eye on them because you idolise them so much.

While you can’t speak for every fan, do you believe the majority of them will be willing to display patience and additionally, do you think the powerbrokers at the club understand the current landscape of where the club are placed?

I would have said ‘no way’ until a couple of seasons ago, but the situation has changed drastically this season.

I believe this is probably the first season in a long time where the fans and the power-brokers at the club have accepted the fact that we are not fighting for the Premier League title.

The transfer ban, a young manager, and the transition to youth has made the fanbase more patient and understanding in that respect.

While finishing in the top 4 is still the priority and probably that’s what the owners are aiming/demanding from the gaffer, there would be a lot more leeway for Frank compared to his predecessors.

For instance, we have already lost 3 games this season and no one has called for the manager’s head. That rarely happens at this club.

Let’s say, if it was someone like Maurizio Sarri at the helm right now and we had conceded 11 goals in first 5 games with just 2 wins to our name, fans and the media would be calling for his head, transfer ban or not.

However, Frank Lampard is a Chelsea legend and has done more for this club than most others. The fans recognise that the gaffer needs some time to implement his ideas and they are ready to offer him leeway that no one else, apart from maybe a Drogba or Terry, would get at the Bridge.

Even though it is very early days in his reign, what are the things, which have impressed you most about Lampard’s tactical approach to the game?

The most impressive thing that has hit me under Frank has been his ability to be flexible with his tactics according to the demands of the situation.

Chelsea, under Maurizio Sarri last season, were used to playing a rigid 4-3-3 system and the gaffer, for his life, wouldn’t tinker with the system or try something remotely different no matter the situation. The fans obviously got fed up with Sarri’s rigidity and so did a few of the players.

Frank, however, has already shown flexibility in his approach by playing different formations including a 4-3-3, 3-4-3, 4-4-2 etc.

The last Premier League game against Wolves was the perfect example of this. We had never started with three at the back under Frank, and that’s why the change in the system probably took Wolves by surprise as we scored 5 goals at Molineux.


In terms of Frank’s predecessors, what sort of light do you believe Antonio Conte and Maurizio Sarri will be viewed in. For instance, did they leave a legacy to build upon?

It’s difficult to build a lasting legacy in just a couple of years, but I still credit Antonio Conte for bringing a change that has made a big impact in the Premier League.

I don’t think the Premier League teams were really confident with playing 3 at the back, but Conte’s 2016-17 Chelsea took the league by storm with the 3-4-3 formation and now practically everyone, at some point, has tried that formation and has had reasonable success with it.

Obviously, Conte wanted more control with the transfer dealings at the club and that didn’t sit well with the owners, but as a coach, he was and still is one of the best in the business, and his 2016-17 Chelsea will always be remembered as one of the best Chelsea sides to play in the Premier League.

Meanwhile, Maurizio Sarri and Chelsea never really hit it off. Conte built an instant connection with the fans, something that Sarri failed to do. The much-hyped ‘Sarri-ball’ failed to win over the fans mainly due to the tactical rigidity and also the fact that Sarri probably needed another transfer window to buy new players and implement his ideas. Sadly, Sarri and Chelsea were never meant for each other.


Chelsea have signed many big names and in some cases developed them into superstars. However, they have also let some real talent slip through their fingers. How important is it for the future of your club that you lock down the likes of Ruben Loftus-Cheek, Mason Mount, Tammy Abraham and Callum Hudson-Odoi for the long term and which of that quartet excites you the most and why?

Just a few pitfalls of having Jose Mourinho as your manager, I guess. Not that I blame the man. Jose has been the most successful manager in our history and for him to be successful, he needs players who can deliver NOW.

A young Kevin de Bruyne, Lukaku or Salah, who were all pretty far from being a finished product, were never going to cut it under Mourinho.

However, the arrival of Frank Lampard means that the likes of Callum Hudson-Odoi, Mason Mount, Tammy Abraham and Loftus-Cheek will have plenty of opportunities to turn into a superstar at Chelsea instead of watching them slip away yet again. 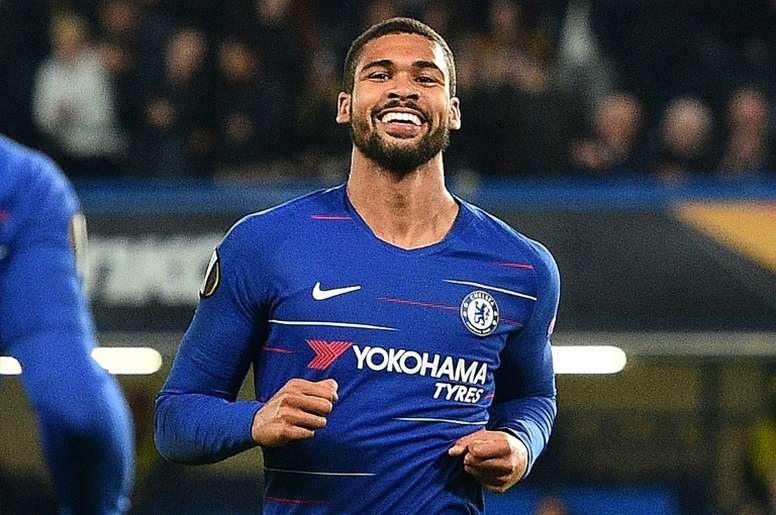 The fans are pretty excited for Hudson-Odoi and for good reason. The boy is only 18 and can already do incredible things. But the one I am most excited about is Ruben Loftus-Cheek.

Ruben’s career has been marred with unfortunate injuries, but when fit and at full force, the man is incredible to watch and gives you an impression of a prime Yaya Toure. There is not a thing in the world that he can’t do with a football on his feet, and if he can remain fit, I am pretty confident that he will turn into one of the best midfielders in the world.

Christian Pulisic was quite heavily linked with Liverpool over the years, in part due to his Borussia Dortmund connections with Jurgen Klopp. How do you think he has adapted to the tempo of the Premier League so far?

It’s been just over a month, but it’s obvious that Pulisic has been struggling with the physicality of the Premier League.

From what I’ve seen in the preseason and the Premier League, Pulisic has got incredible touch and vision and is pretty quick with the ball at his feet.

However, Captain America has quite frequently been pushed/shoved off the ball ‘legally’ by the opposition defenders something that he wouldn’t have experienced in the Bundesliga.

I think Pulisic still needs a few months to get acclimatised to the League before we can see the best of him at the Bridge.


The two teams met earlier this season for the UEFA Super Cup. Although coming out on the losing side, Chelsea went toe to toe with the Reds in a captivating attacking affair much removed from the attritional battles of the mid 00s. How much confidence do you think your manager will take from that and do you believe he will set the side up in a similar fashion?

Obviously, going toe to toe with the Champions League winners, the players and the manager will take immense confidence from that game. although, I do believe that Liverpool were far from their best in that match.

With the possible absence of some key players like Mount, Emerson and possibly Kante and Rudiger, Frank could be willing to setup a little bit more conservatively compared to before.

With both the teams willing to play an attacking brand of Football, it would be an enthralling watch for the fans, just like it was in the Super Cup final.


Who in the Liverpool line-up gives you the biggest cause for concern ahead of the big game on Sunday?

Mohamed Salah coming in from the right and going up against Marcos Alonso doesn’t exactly instill confidence as a Chelsea fan. Similarly, Bobby Firmino could prove to be a bit much to handle for the inexperienced Chelsea side.

Firmino did change the game completely when he came on in the second half in the Super cup final and he would be a difficult one to handle.

But obviously I’m more concerned about Alonso vs Salah. Hopefully, Fikayo Tomori, starting as the left side centre back, does a good job, or else...


What is your prediction for this fixture?

The Chelsea fan in me is hoping for a draw.  My prediction is a 2-2 draw with Salah and Mane getting on the scoresheet and Tammy Abraham and Christian Pulisic scoring for the Blues.