Anatomy of a picture - by John Brennan

A picture paints a thousand words, etc., etc. Fear not, this shouldn’t take more than 300!

The background: Fair play to all those in our end who still seem to be going ecstatic! I was shaking like a shitting dog at the point, a good few down the road (it was about 8:15pm in France and I had been drinking for about four hours). 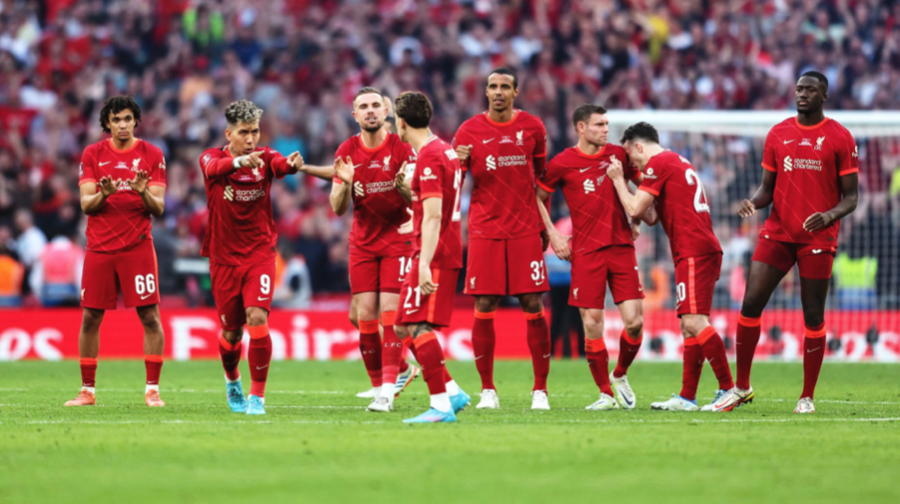 Trent: This means more. Probably even more to him. Such intensity, yet he’s also saying to Kostas, ‘You’ve got this, la.’ And he had.

Bobby: It’s a photo so we can’t tell if he’s dancing or not. Probably is. But again, he’s saying, ‘You’ve got this, la.’ And he fucking had.

Hendo: Remember that game away to Atalanta? Nobody in because of COVID so you could hear Hendo all the way through. Always there. Encouraging. Haranguing. Look at him here. He’s clapping for him. Saying he believes in him. He’s saying, ‘You’ve got this, la.’ And he fucking had.

Joel: Clenched fist. A knowing look. Joel knew he was going to slot it. He’s saying, ‘You’ve got this, la.’ And he fucking had.

James and Jota (comes as a package): Diogo is thinking, ‘Da, give me a hug, I need you here!’ James is thinking, ‘Kinell, Diogo, I’m not yer Da.’

Kostas: ‘Give me the ball so I can be done with this, go home and smoke 40 Marlboro Light and have a fucking nap.’