Why Shaqiri is a Klopp masterstroke

When Xherdan Shaqiri joined Liverpool for only €15 million this season, nobody was expecting that he would play much of a role in a front three which already consisted of Sadio Mane, Mohamed Salah, and Roberto Firmino.

The only thing which was expected from the Swiss international was to serve as a backup if any one of those three was to be injured or to play in second rate matches in the Carabao or FA Cup.

And in all honesty, Shaqiri's stay in Liverpool started in pretty much the same way as it was expected. He was a late substitute for one of the three main men upfront or filled in during cup games.

However, as time went on, Shaqiri started getting more and more minutes next to his name and he also started pitching in with goals and assists. A player who was only considered as a squad player involved only in the standard squad rotation, now started being an integral part of a well oiled machine operated by a German mastermind.

In fact, it seems like Klopp knew right from the start that Shaqiri will be a success, but wanted to give him time to adapt to the Reds' style of play. This certainly isn't easy, and all you have to do is to just look at Fabinho and see his struggles. The German knew that Xherdan will be a success and he knew it because the Swiss international had 3 things going for him right from the start. 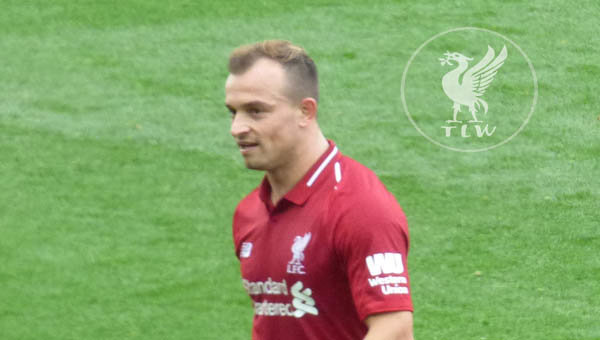 Acquired on the Cheap

Acquiring Shaqiri on the cheap paid off to Liverpool in more ways than one. First Liverpool acquired a player of world class quality for literally next to nothing, a deal which you would struggle to find even at some very generous casinos listed at feedback casino. Getting him for less than €15 million was equal to an out-of-this-world jackpot.

The second advantage to acquiring Shaqiri cheaply was that there was no pressure on him to justify that price tag. Players such as Fernando Torres, and recently Paul Pogba, Romelu Lukaku, and Alvaro Morata have felt immense pressure to repay the money that the club invested in them which only hurt their performances.

Shaqiri is still only 27, but has played for renowned clubs such as Bayern Munich, Inter Milan, and Basel in his illustrious career. He must have picked up only positive things at such highly competitive environments and Klopp must have felt like he won at the Slots Million when he found out that there was no competition from other big clubs to acquire the services of a player who played for some of Europe's top clubs.

The fact that Shaqiri is still only 27 means that he will be in his prime during his Liverpool tenure. However, there's an additional factor which should make Liverpool fans confident that he will succeed - he is a player with a point to prove as he has never been given an adequate shot at the big stage in his career.