What Are Some Of The Most Outstanding Player Records For Liverpool FC?

Our beloved Liverpool Football Club is one of the most successful clubs in the world, with a long history stretching back to 1892. Over the years, this club has won over sixty trophies, including nineteen League titles, fourteen European cups, seven FA Cups, eight League Cups and fifteen Community Shields.

As one of the teams currently also ranking in the top five for the Premier League results table, Liverpool is one of many teams in the season who might be good to bet on right now. With online football betting, it’s anyone’s game, but there are plenty of football fixtures for adult players to place a bet on whether they are supporting their favourite team or their favourite player.

With more titles potentially on the horizon for the team, here is a look back at some of the club’s greatest players and the astounding contributions they’ve made to its trophy-laden history.

First up is Ian Callaghan, the club’s record appearance holder, with 857 appearances between 1960 and 1978. In nineteen seasons at the club, he helped the team win five league titles, yet despite his record number of appearances, he earned just one yellow card his whole career.

Ian Rush is the club’s all-time goalscorer. He played two spells for Liverpool from 1980–1987 and again from 1988–1996. In that time, he scored 346 goals in all competitions, breaking the club’s goalscoring record previously set by Roger Hunt.

Ray Clemence is Liverpool’s greatest goalkeeper. He missed six games in 11 years, and with 460 clean sheets to his name, he holds the record for the most clean sheets in world football.

The full back was Liverpool’s most decorated player of all time, with 22 trophies at the club over 11 seasons. Neal made 595 appearances, including a club-record 366 consecutive league matches between 1974 and 1983.

Ray Kennedy was a pivotal member of the Liverpool squads of the 1970s and 1980s. In eight years at the club, he won five league titles, an FA cup, a League Cup, a UEFA cup and a Super Cup.

Keegan scored exactly 100 goals for Liverpool in 321 appearances, winning three league titles, two UEFA cups, an FA cup and a European Cup. His last appearance was the 1977 European Cup final against Borussia Mönchengladbach, in which he won the penalty that led to the final goal in an epic 3-1 win.

Souness won five league titles, three European Cups and four League Cups. After 358 appearances and 56 goals, he ended his Liverpool career by captaining the club to a famous treble in the 1983–84 season.

In 13 seasons as a player, King Kenny scored 172 goals in 515 appearances. He won thirty-five trophies, including an FA cup and two league titles as player-manager. A true club legend, he came back for a second spell as manager between 2011 and 2012, in which time he added another League Cup to his list of honours.

Another player in Liverpool FC history that has impressive Premier League player stats is Robbie Fowler. The seventh-highest goalscorer in the Premier League, Fowler once completed the fastest hat-trick in league history, with three goals in four minutes and 33 seconds against Arsenal in 1994. This record stood for 20 years, until our very own Sadio Mané put three past Southampton in two minutes and 56 seconds in May 2015.

The famous one-club man made 737 appearances for Liverpool, including a record 149 in European competition.

Stevie was the most capped Liverpool player for England ever, with 114 national appearances. He also holds the record for most goals in Europe with 41.

There has been much conversation between fans, and in recent Liverpool FC news, saying that Mo Salah is considered to be one of the best players in the world at the moment as he continues to reach extraordinary achievements. In his debut season for Liverpool, Salah broke the record for the most goals in a 38-game season with 32 league goals, before helping the team to a Champions league in 2019 and a league title in 2020. He is currently fourth on Liverpool’s all-time scorers list, and at 29 years old, he still has a lot more to give. 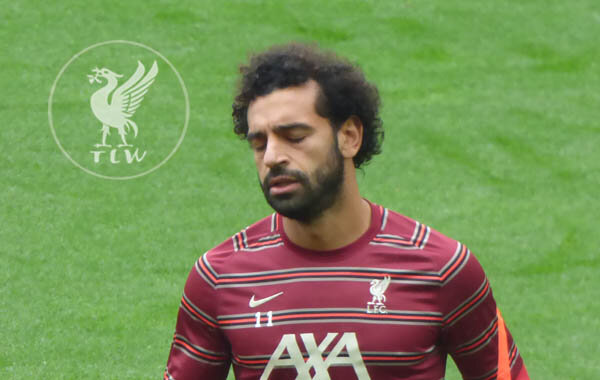 The bookies’ favourite for golden boot this year, Mohamed Salah seems to be breaking new records every week. In August, he became the first player to score in the opening weekend of a season for five consecutive seasons. He also recently became the first Liverpool player to score in ten consecutive matches with his hat-trick in the 5-0 win against Manchester United at Old Trafford.

Odds are that Liverpool will add to their historic list of silverware this year, thanks in no small part to Salah’s good form, but where would you put him in our list of Liverpool’s all-time greats?