If the 30-year wait for a league title every Liverpool supporter is so desperate to be over ends this term, then the Kop can give an assist to Norwich City.

As if playing last season's domestic treble winners Manchester City after only just getting promoted back into the Premier League wasn't daunting enough, the Canaries were ravaged by injuries in their rearguard. But Pep Guardiola and his elite squad didn't bank on Daniel Farke. He ordered the few Norwich players that were fully fit to fly at Man City and pulled off a famous win.

It was only fitting that in-form Finn and one of last season's revelations in English football, Teemu Pukki got the winner. A 3-2 victory saw the Canaries soar out of the bottom three and into mid-table. More importantly, it also left Man City trailing Jurgen Klopp's Reds by five points in the title race.

So what if it spoiled a few accumulator tips here and there? This result that nobody saw coming is what the Premier League is all about! When Liverpool faced Norwich on the opening night of the new season, we all admired and applauded the plucky visitors' approach at Anfield but they were too open. That willingness to attack which resulted in a 4-1 defeat then has done every Reds fan another good turn. 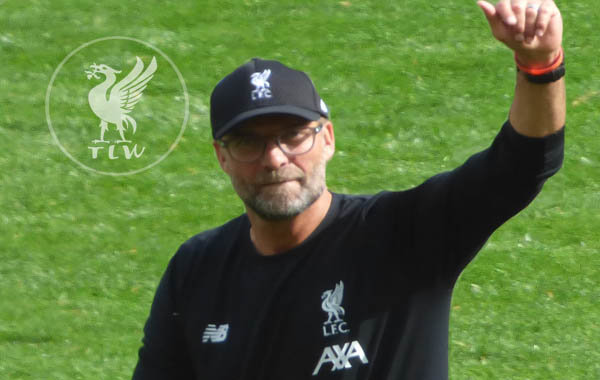 You can't win the Premier League in the first few weeks of the campaign, but you can certainly go a long way towards losing it. While Man City have already dropped five of the first 15 points on offer, Klopp's crew have answered every challenge laid down to them with a 100 per cent record so far.


Liverpool came from behind to beat Newcastle United 3-1 earlier on the same day as Guardiola's domestic treble-winning vintage were humbled in Norfolk. There's the caveat that Man City were a little short in central defence themselves, but had nothing like an injury crisis at the back relative to depleted Norwich.

Will Guardiola's gamble not to replace Vincent Kompany and Etihad chiefs baulking at the price tag attached to Harry Maguire over the summer come back to haunt them?  It has all the makings of a subplot to this particular Premier League title race.

Man City remain odds-on favourites with bookmakers to retain their crown, yet a poor start by their high standards leaves them with ground - effectively two wins - to make up already. The shrewder bet is Liverpool, who are 6/4 with most firms and plenty of football tips are sure to feature them throughout this season.

Klopp's Champions League winners have done nothing but beat the Premier League opposition put in front of them during the early weeks of the campaign. Sterner tests lie ahead yet, although as pacesetters, the Reds have momentum on their side in a way none of the chasing pack really do.

However, they will have to juggle multiple commitments as they look to defend their Champions League crown, and this is an area where City have an advantage due to their squad depth.

Just under three decades on from King Kenny Dalglish last masterminding a title triumph on Merseyside, Liverpool have made the perfect start to ending what will be 30 years of hurt come the end of the season. Klopp hasn't changed a thing. No reinforcements needed because nothing is broken.

Ballon d'Or favourite Virgil van Dijk stands firm in the Reds defence. His commanding presence at the back, coupled with the all-out attack and slalom style of front three Roberto Firmino, Sadio Mane and Mohamed Salah, mean it's Liverpool who look the ones to beat in the Premier League this term.