Liverpool to Face Bayern Munich in Champions League Round of 16

Liverpool advanced to the Champions League round of 16 with a thrilling 1-0 triumph at Anfield over Napoli last week.

The Reds officially finished second in the “Group of Death” behind Paris St. Germain, and all eyes were on Monday’s draw for the round of 16. Liverpool were drawn to face Bundesliga powerhouse Bayern Munich, who breezed their way into the round of 16 after dominating Group E.

Drawing a team of the quality of Bayern isn’t exactly a wonderful result for Liverpool, but the chances of drawing an easier opponent were fairly slim. In order to win Europe’s toughest competition, you’re going to have to beat the best, though, so the Reds may as well take the challenge head-on.

Choosing a sports betting site that has Liverpool listed among the favourites to win this competition might be a challenge. While the Reds did wind up making it all the way to the Champions League Final last term, they are well down the list of betting favourites to win Europe’s most prestigious trophy this time around. Manchester City, Barcelona, Juventus, Paris St. Germain, and Bayern are all listed with better odds than Jurgen Klopp’s men.

Liverpool’s meetings with Bayern Munich will be the first competitive head-to-head showdowns between the clubs since the 2001 UEFA Super Cup Final, which was won by Liverpool, 3-2. 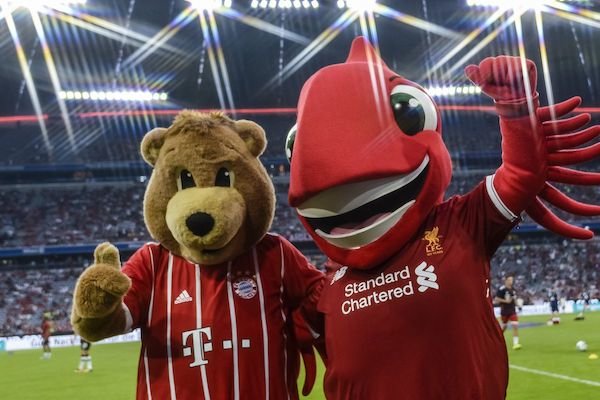 LFC manager Jurgen Klopp obviously has plenty of history with Bayern. Prior to taking the Liverpool job in October of 2015, Klopp had spent his entire professional managerial career in Germany, where he clashed with Bayern time and time again.

The most notable head-to-head match between Klopp and Bayern Munich came in the 2013 Champions League Final, where Klopp’s Borussia Dortmund side were defeated. Klopp enjoyed quite a bit of success at Dortmund despite the fact that Bayern had far more financial and talent resources at its disposal.

With Liverpool, Klopp will have the chance to dethrone the German giants with the best team he has ever coached. The Reds’ 3-1 thumping of Manchester United at Anfield over the weekend propelled Liverpool back into the top spot in the Premier League through 17 matches. LFC are the lone remaining unbeaten team in Premier League play this season.

While Bayern have been a mainstay in the latter stages of Champions League play, the defending Bundesliga champions have not been in top form. Bayern are currently 9 points adrift of Klopp’s old club, Borussia Dortmund, for the top spot in the German top flight. While their current form may not be all that inspiring, an awful lot can change between now and when Liverpool will meet Bayern in a couple of months.

The first leg of the round of 16 tie will come at Anfield on February 19. Liverpool will be without star central defender Virgil Van Dijk, who will be suspended for the match due to yellow card accumulation from the group stages. The second game will take place at Allianz Arena in Munich on March 13.

Klopp reacted to Monday’s draw about as you may expect. The German manager said, “It was clear it would be difficult. They are obviously a top side. For me, it’s nice going to Germany. But it’s just the draw. So we have now time to prepare for the game, a lot of time, obviously. Hopefully we have all our players available. It will be a tough one, an interesting one, and I am looking forward to it. It’s a really nice trip for all our supporters, it’s a wonderful city, so that’s all good. In the end, the boys will have to decide it on the pitch.”

Some Liverpool supporters were hopeful that the Reds would draw an “easier” opponent in the round of 16. A team like Porto would have fit the bill. Others were hoping for a match against Spanish leaders Barcelona and former Red Philippe Coutinho. However, avoiding the La Liga leaders until later in the competition is likely in the best interests of the team.

Klopp doesn’t seem to be thinking about his 2013 Dortmund team when it comes to the challenge ahead. He added, “At the end it’s a football game on the highest level and we have to play it. We knew it before. It’s not like anybody thought, ‘Thank God it’s Liverpool,’ and we don’t think, ‘Thank God it’s Bayern.’ It’s a tough one. That’s how it should be. It’s the last 16 of the Champions League so there are only tough teams and I’m really excited about it.”