Could Liverpool Strengthen in January? - Misc Articles - The Liverpool Way Jump to content

Could Liverpool Strengthen in January?

The Reds have been flying since the start of the season; only suffering their first league defeat of the campaign against Manchester City on the 3rd January.

Bookmakers have recently installed the Klopp’s men as the outright favourites for the Premier League title, but could there still be room for improvement?

If you take one look at some betting companies’ transfer specials, you will see straight away that Liverpool are the favourites to sign various players. Including long-term Summer target Nabil Fekir. But which areas should Liverpool be looking to add further depth too?

It’s hard to believe the Reds should be looking to add further quality to their side after a near perfect start to the season, but the FA Cup defeat to Wolverhampton Wanderers highlights that there is certain areas for improvement.

Manchester City excel when it comes to squad depth as they have an embarrassment of riches to come off the bench; something that Reds don’t have. Although Daniel Sturridge has proven to be a good back-up to the irresistible front three, he isn’t of the same quality as City’s Gabriel Jesus. Needless to say, neither is Divock Origi.

The fact that Sturridge was relegated with West Bromwich Albion last season, just highlights his short comings. Granted he wasn’t fully fit for much of the second half of last season, but he didn’t make the impact that he, Klopp or West Brom was hoping for.

A second striker would be hard to find. Especially when you think that they would need to be persuaded to play second fiddle to Roberto Firmino and Mohamed Salah. Jurgen Klopp would be sure to make a move should the right player become available, but the German has also proved to be shrewd in his transfer business since arrive at Liverpool.

Klopp doesn’t spend big money unless it can be justified. The purchases of Virgil Van Dijk and Alison just prove this. These two signings were massive money signings but were undoubtedly needed, just looking at the Red’s defensive record this season highlights their importance. 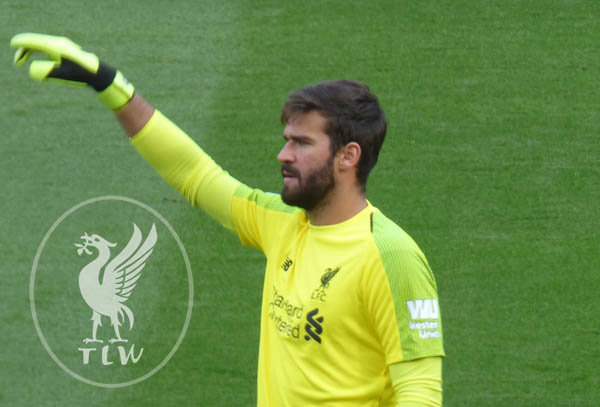 Another area in which Klopp may look to add depth is within the attacking midfield positions. He has already stated his disappointment with Naby Keita and his ability to transition to life in the Premier League.

Klopp said: “I spoke to him. [With] Naby everything is fine. I am completely happy with him. Could he be a bit more confident in the games? Yes. Is he exactly the player in his best time at Leipzig? No, but he is still adapting - that is how it is"

With that being said, Keita has shown glimpses of his best but with this being Liverpool’s best chance at the Premier League title, chances can’t be taken. Liverpool have missed that creative guile since Phillipe Coutinho moved to Barcelona last year.

Hence why the club were so invested in bringing in Fekir from Lyon over the summer. However, the sum likely to convince the French club to sell their prized asset may differ from the price that Liverpool are willing to pay.

Klopp may look elsewhere for a player that matches this description, with Aaron Ramsey also muted as a possible target; however, it looks likely that the Welshman will join Juventus in the summer instead of remaining in the Premier League.

Defensive options are another area where the Reds may look to strengthen. The favourite according to bookmakers for this position is Burnley’s English international James Tarkowski. The 26-year-old has struggled this season, but last season’s performances saw him called up to the England set up prior to the World Cup. Burnley’s £50 million price tag may however put potential suitors off the defender.

The January market is a tough window to make your mark, with prices even more inflated than in the summer, but should Liverpool identify a target that could win them their maiden Premier League title; you will be sure that the board would do everything possible to make that move happen.