In 1986 Red and Blue travelled to Wembley side by side on coaches and trains and there was no segregation inside the stadium. Even though Liverpool won the Double and Everton were left empty handed, everything remained friendly and the occasion was a huge PR boost for Merseyside.

But although the fans were good humoured, not all the players were. Kevin Sheedy was so gutted that he didn’t go round the pitch to salute the Everton fans after the game, preferring to go and sulk in the dressing rooms instead.

However, the real Oscar for throwing a tantrum had to go to Peter Reid. Some idiot on the Council decided it would be a good idea if both teams toured the city on open topped buses the day after the final. It was a fairly stupid idea, considering that one team was bound to have lost and meant the Blues players had to stand feet away from King Kenny and Rushie holding the trophies they had come so close to winning.

While most of them just got on with it as it had all been arranged beforehand, Peter Reid decided he couldn’t face it and went AWOL. Even fellow bitter person Howard Kendall has said that he doesnt respect what Reid did as he had to put up with the humiliation too. 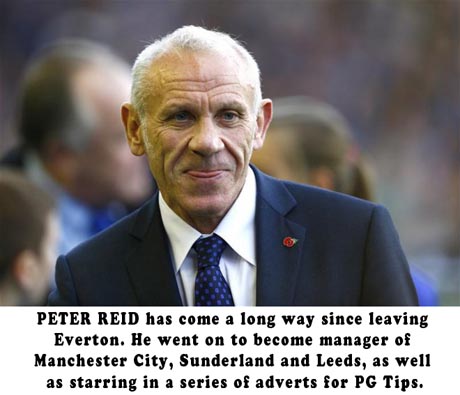 But in a way I can understand just why Reid did what he did. After all, he bears an astonishing resemblance to the FA Cup and may well have been mistaken for it by Reds fans or players. He was in the England squad for Mexico, but could so easily have been packed off in a box for some promotional tour of local schools.

This may not have been such a bad thing, as Steve McMahon could have gone to the World Cup instead. But let’s not dwell on that, as it’s only Blues who are bitter.